He was involved with Ministry of Finance from 2013 to 2014. Prior, he was Director of a Management Institute in Central India from 2009 to 2013. From 1999 to 2009, he worked in different capacities in Australian Government funded Health Departments. He was Head of Public Health Medicine, Australia from 2002 to 2009. He has successfully implemented critical Australian Government projects such as Easy Access to Healthcare in Rural and Remote areas, Aboriginal Health, Conjoint Training in Primary and Population Health.

He was President of Monash MBA Students Association, Monash University, Australia; Director, Youth Services of Rotary Club District 3030, India. He was Convener of BJP NRI Cell from 2008 to 2010.

He was awarded ‘Rashtriya Vidya Saraswati Puraskar’, ‘Indian Leadership Award for Education Excellence’ and ‘Rajiv Gandhi Education Excellence Award’ for his contribution in the fields of health and management education in Australia and India. He was nominated for ‘India International Achiever’s Award’ by India Singapore Chamber of Commerce and India Malaysia Chamber of Commerce. He was invited by State Government of Victoria, Australia as State Guest for the Qantas Australian Grand Prix 2011 in Melbourne and subsequently for Green Building and Sustainable Infrastructure Development Forum. He was invited by United Kingdom Trade and Investment (UKTI), British High Commission as a part of education delegation to London and Yorkshire in October 2011 and October 2013. He was Chair of Local Organizing Committee of UK India Education Partnership 2012 organised by UKTI British High Commission. He was invited by UKTI British High Commission to Malaysia in October 2012 to attend BES ASIA 2012. He was funded by United Kingdom India Education and Research Initiative (UKIERI) to develop ‘Masters in Professional Learning and Leadership’ with University of Stirling, Scotland and ‘Intermediate Diploma in Global and Social Health Care’ with Bournemouth and Poole College, UK. 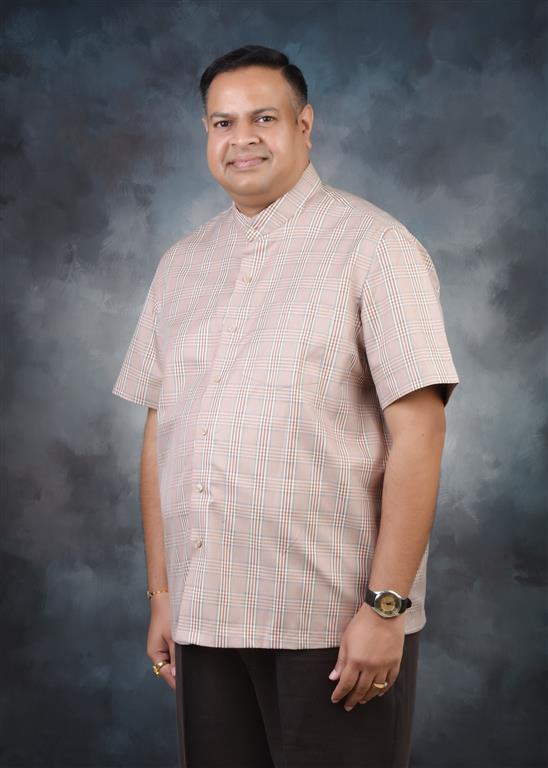